Traditional vs Montessori Method of Education by Kofo Thomas 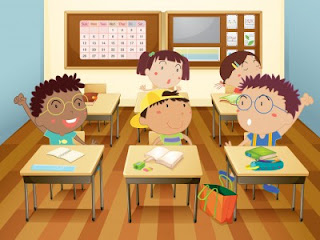 EDUCATION according to dictionary is the act or process of imparting or acquiring general knowledge, developing the powers of reasoning and judgment, and generally of preparing oneself or others intellectually for mature life.
The traditional method of education is the system of education where by learning is based on the teacher being an active participant of giving the information (knowledge) to the child while the child is a passive participant that is supposed to accept the teachers instructions wholly without any objection. The traditional method, though not bad on its own but does not give room for the discovery of the potentials in the child.
The Montessori education is a method of teaching where by the child is an active participant while the teacher is there to guide, monitor and supervise the child’s activities. The child learns in a prepared environment that will enable him develop the potentials he/she is born with.
The traditional method of education makes use of a lot of theories propounded by Scientists, Educationists, Psychologists, Sociologists, Biologists, Child Psychologists and others. The challenge there, being that some of these theories are being applied without taking cognizance of the particular need of the child at each point in time.
Maria Montessori, the founder of the new education (The Montessori System) believed that education should no longer be mostly imparting of knowledge, but must take a new path, seeking “the release of human potentialities”. Her discovery is based on the fact that education should be child centered.  She disputed the assertion by some theorists that the mind is born “tabula raza” (blank). According to Montessori (1957) The child is a spiritual Embryo that is born with a lot of potentials that are developed when it comes in contact with the environment especially a prepared environment that is child centered with purposeful materials that are attractive, natural and at child’s reach which will enhance the development of senses, enhance thinking and imaginative skills which in the long run will lead to creativity.
Montessori noted that within the child lies the faith of the future; therefore our care of the child should be governed, not by the desire to make him learn things, but by the endeavor always to keep burning within him that light which is called intelligence. Whoever touches the life of a child touches the most sensitive point of a whole which has roots in the most distance past and climbs towards the infinite future. According to Montessori, the first duty of an educationist is to stir up life, but leave it free to develop for we cannot know the consequences of suppressing a child’s spontaneity which he is just beginning to be active. Education according to her cannot be effective unless it helps a child to open up himself to life.
The Montessori education which is child- centered learning system came as a result of the thought by the founder (Maria Montessori) that the education in practice (traditional method of education) has not helped to solve the societal problems. Despite education, people’s attitude and behavior still give room to wars, cruelty and poverty. Montessori believed that it was as a result of the kind of education people received from childhood that people grew up to become greedy and competitive. Montessori advocated for what she called a new education to curb the lack of self-fulfillment of man since the old method has not succeeded in solving the problems of man. She believed that an education that will be centered on the child ( studying and observing the child) and focusing on the child’s right and welfare through guidance, observation and supervision, providing the help where needed under a prepared environment with purposeful, stimulating and educative materials, then the child will be “normalized” and be in a situation to develop and acquire all the skills that will enable him contribute positively to the society which in the long run would be the key to progress and end war in the world.
Conclusively, Montessori designed a curriculum that will guide the new education. For the 0 - 6 years, there are five main areas: Practical life Exercise, Sensorial, Language, Mathematics and Cultural subjects. It is a misconception for people to think that children are just left on their own. Everything about Montessori is purposeful: The prepared environment the directress, the curriculum, the activities (exercise) with their aims (Direct and Indirect). A lot more to it; do comment on this.

Open forum to share ideas, exchange thoughts, learn from others and be heard. Click to join the conversation.

Mrs Kofo Thomas is an Educationist with over 16 years teaching and School Administration experience. She is a licensed Montessori School Teacher with practical Montessori teaching experience in South Africa. Prior to her teaching experience she has worked with both International and local consulting outfits on Finance and Banking for over 10 years. She attended several relevant School Management and Early Childhood Education Courses among which are: Effective School Management by Nigerian Institute of Management, Early Years Curriculum Development and Jolly Phonics (Reading and Writing). She is a registered Invigilator on UK Exams with the British Council and currently manages Smiley Kids Montessori School, Lagos. www.smileykidsmontessori.net
at November 26, 2012