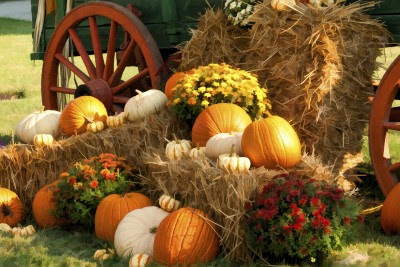 My dad told me a story—a very funny one, I must say. It wasn’t until I had a good laugh that I got the point of what he was trying to say. I hope you will too. He said that a farmer set out to buy some tools that he would need for the planting season. When he got to the market, he bought a bucket and a basket. On the way to his farm, the bucket and basket conversed between themselves. They were so excited to be on their way to fulfill the purpose for which they had been made. After spending a great deal of time on the market shelves, they were grateful to be off to work. When they reached the farmer’s house, he kept them in his farm shed and went in for a good night’s rest.


With the first ray of sunlight, the farmer was dressed and ready to begin his chores. He headed straight for the shed, picked up the bucket, and, without further ado, headed straight for the farm. All day, the bucket was used to irrigate the farm and all day, the basket sat still in the farm shed, awaiting his time to get to work. Up until that point, neither the bucket nor the basket understood their purpose; but as the hours turned to days and days to weeks, the bucket began to feel misused. He would return with the farmer to the shed exhausted and there stood the basket looking relaxed, fresh, and radiant with life. The bucket felt that the farmer was mistaken about his use. He wondered why he had to do all the work while the basket just sat there in the shed taking up space and enjoying peace and tranquility.


Every night for three months, the bucket would pray to the Maker to change him into a basket so he wouldn’t have to work another day on the farm. He wanted to be a basket and sit idly in the shed all day. Finally one night when the Maker had had enough of the bucket’s complaints, he granted his wish and, on that very night, turned him into a basket. The bucket-turned-basket was overjoyed as he anticipated the next day, knowing he would not have to work but would instead sit around the shed like the basket had been doing. But with the rise of the new day, the farmer came into the shed and was shocked to see two baskets. He wondered what had happened to his beloved bucket. However, without much thought, he thanked the God of Supplies for being sensitive to his needs and for providing him with a second basket to make his work easier. Within seconds, he grabbed both baskets and headed for the farm, singing praises along the way as he went. The bucket-turned-basket was stunned; he wondered why the farmer hadn’t left them sitting idly in the shed like he had done with the first basket every day for the last three months. What the bucket-turned-basket didn’t realize was that it was the beginning of the harvest season—the season for baskets to work. The buckets were made to irrigate the land for a very short period during the dry season, while the baskets were made to carry weeds and fruits during the rainy season, which typically lasted twice as long as the dry season. Since the bucket-turned-basket decided to circumvent his purpose, he had to spend the entire planting season working. How grand is that?!
Have a fulfilling and Happy 2013!!!

Conversations on Her sides: Click to join the forum.