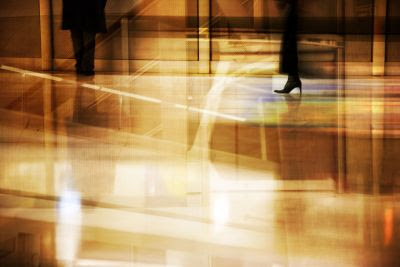 In life, we all need a good dose of reality once in a while to keep us on track. I often pride myself on being down to earth and relatable. As far as I can remember, I have tried hard not to judge people by their appearance. I was brought up to treat all men equally because in the eyes of our maker, we are all one and the same. Rich, poor, tall, or short—it makes no difference to God at all.


Anyway, somewhere between teenage years and womanhood, I guess I lost a part of my childhood sensibilities and started to develop a strong “sense of judgment.” I learned to judge people by what they looked like. Smiling meant friendly, frowning meant keep your distance, well-dressed meant wealthy, shabby clothing meant poor. I don’t know where or how I picked up these standards but, as I grew older, I perfected the art of placing people in boxes based on my perception of who they were. Well, I think I made some good judgments and some bad ones but nothing major—or so I thought, until very recently when life slapped me hard in the face.


It was a beautiful Friday afternoon. I was rounding up my work in the office in preparation for my flight later in the day. I had only a few hours left before the flight and I still had lots of things to do. That afternoon was typically fast paced. I didn’t need any other extras from friends or family; my deadlines were already impossible to meet and any additional task would have pushed me over the limit. Just as I was winding down at work, I got a call from a friend who needed a favor. Dear Lord, I almost sighed. He had a parcel to deliver to Lagos that same day and since I was headed in that direction, he wanted to know if I would be kind enough to deliver it for him. My first thought was to say that I could not. Really, I already had a large piece of luggage and I didn’t want any extra burden. But then, what are friends for? So I agreed to deliver the parcel. But we still had one little problem—how was he going to get the parcel to me? I decided that it wasn’t my problem. He ended up sending his driver to deliver the parcel to my office gate. It was simple, very simple; but, like every other plan, someone would suddenly have a flash of an idea at the last minute. So there I was, rushing to meet a driver at the gate, and bear in mind that I was already running late for my flight. So I jetted down the staircase and almost ran into a man at the door.


“Excuse me! Good afternoon!” he said, trying to get my attention. I glanced at the man and mentally made my assessment. What does this man want? Impatient at his lack of eloquence, I kept walking after offering him a polite smile. I had barely stepped away when I overhead him talking to my colleague who was right behind me.


“Please, I’m looking for  Seye.” At that point, I stopped and turned. Why would he be looking for me? It was then I realized that the man whom I’d tagged as inconsequential was holding the parcel I was running to collect at the gate. I felt reality burning through me like frostbite on a cold night. I turned and apologized for my rude behavior. He handed me the parcel with a smile and left with a polite nod. I was transfixed where I stood, wondering how much time I would have wasted if I had walked all the way to the gate in search of the man whom I’d passed by because I had my nose up in the air.


Talk about the law of recognition!