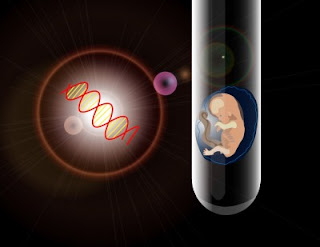 Uterine ﬁbroid is the most common female pelvic tumor. It occurs in about 30%-40% of women and typically by the age of 50 years in about 80% of women of African origin whose fibroids are presumably bigger in size/volume and these women have increased preponderance to have multiple fibroids. It is noteworthy that about 50% of patients with fibroids have no symptoms, however, some presents with symptoms of abnormally heavy painful menstrual bleeding, abdominal pain, pressure symptoms (including urinary and bowel problems) and infertility. Also pregnant women with associated fibroids can present with pain, bleeding in pregnancy, miscarriage, premature delivery, increased operative delivery and debilitating post-delivery bleeding is not uncommon.
Symptomatic uterine fibroids can be treated by a variety of modalities, for example, to treat the symptoms, shrink, destroy or excise the fibroid. Anti-fibroid medications (often with minimal relieve) are available notably hormonal preparations including progesterone, gonadotropin releasing hormone analogue and rarely RU-486). For pain relieve simple analgesics (like paracetamol), non-steroidal anti-inflammatory drugs and occasionally narcotics be used with tremendous benefits. In low resource countries, newer treatment methods that are cost-effective and can reduce the burden of major surgeries for fibroids are welcome.
Traditionally myomectomy with conservation of the womb especially in women seeking fertility treatments have been the mainstay of fibroid treatment. Open abdominal fibroid surgery (myomectomy) comes with other complications like bleeding, infection, removal of the womb and even death in inexperienced hands. The option to use laparoscopic surgical excision brings many advantages including shorter discharge time, lesser pain relieve requirements, small surgical incisions and therefore minimal scarring, it however, requires longer time, special expensive equipment and expertise that is not widely available. Significant proportions of women (sometimes with abnormally large symptomatic fibroids) unfavourably consider removal of the womb as a treatment modality even in those who have completed their families.
Recent, conservative methods including uterine artery embolization (UAE) are increasingly been considered to treat fibroid in few centers around the world. UAE, though is the most signiﬁcant therapeutic innovation for fibroids, however, it is not applicable in all cases, especially for women seeking fertility treatment because of possible iatrogenic loss of ovarian functions and decrease of egg reserve. Other peculiar complications including pain, vaginal bleeding, and life threatening infections do occur not infrequently; furthermore, the procedure is not widely available and is relatively more expensive. Other newer and non-invasive treatment options that are largely experimental and therefore not widely practiced include percutaneous laser ablation, cryoablation, transvaginal uterine artery occlusion and magnetic resonance imaging (MRI)-guided focused ultrasound.  These treatment modalities are used in selected group of women.
The pathophysiological association of fibroids and infertility largely depend on the size, number and location of the fibroids. Fibroids can be located in the wall of the womb (intramural fibroids), on the external surface of the womb (subserosal) or in the cavity of the (submucous). There is significant association of infertility with submucosal fibroids and after hysteroscopic resection of the fibroid pregnancy rates can increase by more than 50%. Appreciable body of research evidence is also available on the significant association of intramural fibroids and infertility; especially those that are juxtaposed to and invariably causes distortion of the cavity of the womb (where embryo implants).
The presence of intramural fibroids can reduce the chance of an on-going pregnancy in assisted conception by up to 50%. In our centres women seeking fertility treatments have a wide array of beneficial and cost effective investigative tests including 3D ultrasound scans and hysterosonogram; and those with submucous fibroid, Asherman syndrome, adhesions and endometrial septum or ridges are further advised and are treated by us with hysteroscopic minimal access surgery (as day cases - not needing hospital admissions) to ameliorate their chances of conception following IVF treatments. We also offer open and laparoscopic or minimal access surgery for fibroid. After surgery majority of these women do proceed to have successful pregnancy outcome.