“When you see some of the priests carrying the sacred chest, you’ll know it is time to cross to the other side. You’ve never been there before and you won’t know the way, unless you follow the chest.” Joshua 3: 3-4 (The Promise) 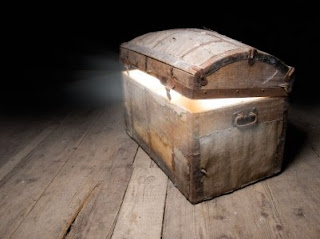 How easy is it for you to say with absolute confidence that you know the way home? I bet almost everyone, without batting an eyelid, will agree that they can walk home blindfolded. We know the positions of most things in our houses because we have lived there for a while. I want to believe so. We can tell with certainty the state in which we left our room when we left house this morning. We know all this because we are familiar with this particular terrain.
I love to travel, and in all my years of traveling I have never been more comfortable in any town than I am in my own town. Yes, I love the thrill of a new land and I love to meet people; to share in their joys and experiences. But in all honesty I always enjoy coming back home. No amount of new-land excitement can replace the feeling of familiarity my home brings.
I remember when I was to leave home for the first time. I was ten years old and had longed to study away from home. My parents also thought boarding house would be a good place for me to learn some discipline. I was so excited by the prospect of being on my own for the first time. I went shopping with my mum, picked up a few details about the school and attempted to learn the language that was predominantly spoken in the area where my school was located. Weeks before I was to leave, I told most of my friends I was leaving town to start a new life. Oh the prospects! Oh the excitements! Oh the joy of being away from my parents at just ten years of age! I had absolutely no idea what I was getting into until my Dad dropped me off in school on that first day and said goodbye. I still lack the words to describe the feelings that overwhelmed me as I watched his car pull out of the parking lot and head out the school gate.
I was horrified, terrified and perplexed. I felt my heart literally drop to the bottom of my stomach, and my pulse raced as I turned to look at what was to be my new home for the next six years of my very young life. Good thing it turned out well—lots of new experiences else I would have nothing to write about.
Reading through the Book of Joshua 3, verses 3 and 4, I could not help but try to contrast the feelings I experienced when I was at home with the feelings that arose when I was dropped off in boarding school for the first time. At home I felt secure; in school for the first time, I was terrified. My first assignment was to develop survival skills. And very good ones if I was to survive. One of the survival skills I developed was trying to live out the new life through the experiences of the past. In my mind I figured if I could just place each new experience in a category that fitted something I had done before, I could use the same techniques I had used in the past, at least the ones that worked, and I would definitely be able to handle these new experiences. Pretty smart for a ten year old. Well, over the years that passed I learnt a lot, including that I could not fit new experiences explicitly into old ones and that I had to simply accept the new ones and learn from them. Welcome to the school of hard knocks!
I did learn a lot of things in boarding school and I am certainty glad I did, at that point in my life. But this was the most important lesson I learnt from that experience, and it’s the same lesson Joshua was trying to teach the Israelites. In the third chapter and third verse of the Book of Joshua, he was trying to tell the people of Israel that they were about to cross over into the land that God had promised to give them. It was a land they were not familiar with and it was a land that they had been promised. I can imagine these people being excited at this prospect and developing new survival skills in anticipation of what awaited them. Joshua sensed this. He told them it made no sense to attempt to comprehend the new thing God was about to do, and for one main reason: God’s thoughts are higher than our thoughts and his ways  higher than our ways.
Besides, this new land was nothing like what the Israelites had experienced before, so there was no point trying to fit it in a mold. ”You have never been there before and you wouldn’t know the way, unless you follow the chest.” Those were his exact words. It was simple and straightforward. I picture the conversation between Joshua and the Israelites going something like this:

“Do you want to get to this new land as fast as possible with the minimum possible stress?”

In the old Biblical days—I love this expression—the Chest was a symbol for God’s guidance. It was usually placed in the temple, which symbolized the dwelling place of God. God commanded Moses to build the chest (Exodus 37: 1-9) and he was given the exact specification to which it was to be built.

“Cover it with pure gold….make four rings and fasten it to each of the four legs of the chest…don’t ever remove the poles from the rings…when I give you the Ten Commandments written on two flat stones put them inside the chest….cover the lid…with pure gold….then hammer out two winged creatures of pure gold and fasten them to the lid at the ends of the chest….I will meet you between the two creatures and tell you what my people must do and what they must not do.”
So, the Chest was a place where Moses went to meet with God to receive instructions for the people of Israel. In today’s terms the Chest can be likened to a compass: something that gives directions, especially when you don’t know which way you are expected to turn. The most striking thing about the specification for the Chest is that the only thing that was to be placed inside it was the Ten Commandments written on two flat stones. Could it have been that God was giving the Israelites a peep into how the future Christians would get their direction? The Ten Commandments written on two flat stones? The Ten Commandments was the first instance of God’s spoken word in a written form.
One wise man in the Bible, called David, said in the book of Psalms—and I paraphrase—that God’s word is the compass for my life, the trail map which I follow. So when the Israelites needed to go to a land to which they had never been before, God told Joshua to tell them that they need not try to rationalize this with their human minds because the experience would not fit the mold they had known before. All they needed to do was follow the Chest, follow the Word of God.
The same wise man in the Bible, David, discovered this secret and his life till this day remains a fulfillment of God’s promise. He expressed his new-found truth beautifully through Psalm 119:

“Your laws are my greatest joy, I follow their advice” Verse 24

Why else would a king write 176 verses on a single theme and dare to share these with other kings if he didn’t think something was worth considering there? This Word has been in existence since before the creation of the world and has been guiding lives ever since. It has stood the test of time and can be trusted. Think back on your life; think back as far as you can remember. Did he say it? Did he do it? Not a single letter in the Word of God will go unfulfilled. What a promise!
The Bible contains myriad instructions, promises, warnings and lessons which if carefully followed will lead you down a path which ends in God’s Promised Land. God has promised us his blessings and we have believed this promise, but we have tried in the past to work it out with our human mind. Quit it! It’s not going to work that way. Follow the sayings of a brave warrior: “Follow the Chest.” If you take time out today to read his Word and seek instructions from him concerning the course your life should take, it is as certain as the sun rising tomorrow morning that you will end up in your Promised Land.
Simple, follow the Chest.