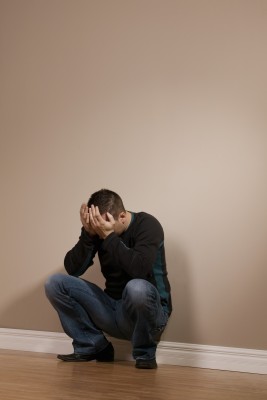 There will be times in life when you feel completely boxed in by an overwhelming situation. There’s only one term that can describe what you feel at such times: paralyzing fear. It is a choking feeling caused by not knowing what else to do when you have explored all the available options. You suddenly lose control of yourself. Your mind goes numb, and your thought process completely stops. You feel little sweat beads running down the sides of your face, and visible tremors seize your whole body. You lose control of your limbs, causing your joints to weaken and give way. You stumble to the ground in finality. This must be the end, you conclude in your thoughts.

I read about the experience of a fascinating group of people and how they overcame their own paralyzing moments. This story was written in an Old Testament book called Exodus, and it is a simple yet profound account of how the Israelites crossed the Red Sea. The Israelites had been slaves in Egypt for 400 years. They had been mistreated and ridiculed by their overseers, experiencing the horrible degradation that comes with slavery. Mothers watched their children born and die in slavery. The people had come to accept this status as their fate. Then suddenly, out of the blue, a man appeared and told them, “you are going to leave Egypt; you will once again become free men.”

I can only imagine their mental and emotional struggles as they tried to believe the words of this prophet. In the days that followed, the Israelites experienced first-hand the wonders of the God through the prophet as they were delivered from Pharaoh’s tight clutches. They saw Egypt’s water turn to blood, locust cover the entire land and devour the plants, and all of Egypt’s first born die. The people gradually believed the in prophet’s God and the prophet’s claim. One day, the people found themselves walking out of Egypt and into freedom with their children, all their possessions, and more. They rejoiced because of their deliverance as walked all the way through the desert until they arrived at the Red Sea where they set up a camp between Migdol and the Red sea.

The people did not complain about living in a camp by the Red Sea. At least they were free and would no longer be called slaves. The new status was enough until they realized Pharaoh and his entire army were right behind them. Pharaoh had changed his mind and was coming to drag them back into slavery. The people panicked and cried out to the prophet in fear. Pharaoh and his army were coming behind them on swift chariots and the Red Sea was moving boisterously in front of them. Any attempt to move back would have driven them into the hands of the Egyptians, and any attempt to move forward would have meant drowning in the Red Sea. There was no escape. The prophet turned to his God, the ever-present help in times of need, and he was told, “Don’t be afraid! Be brave, and you will see the Lord save you today. These Egyptians will never bother you again. The Lord will fight for you, and you won’t have to do a thing. Why do you keep calling out to me for help? Tell the Israelites to move forward. Then hold your walking stick over the sea. The water will open up and make a road where they can walk through on dry ground.”

I can’t even imagine what was going through the prophet’s mind as he listened to God’s words, but he kept his reserve to himself. He moved forward, stretched his rod out over the sea, and watched it part. In my geography class, I was taught that the sea bed is lower than the level of the ground around the sea. When the sea was parted, I wonder if the sea bed was elevated to ground level so the people were able to walk easily or if the people had to walk down into the sea bed. I have no idea, but I know the sea parted, and the people walked through on dry land.

In life, paralyzing moments will definitely come our way. The best thing to do during those times is to keep moving forward. Like the prophet’s God said to the Israelites, “the water will open and make a road where you can walk on dry ground.” Remember, your victory will be in the faith-based-actions you take. Don’t stop; keep moving. 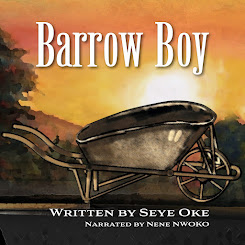