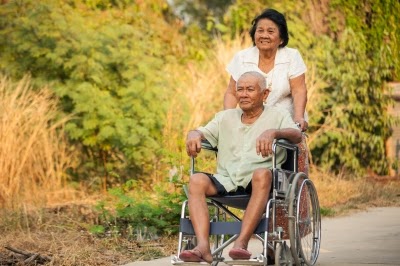 The last month of the year reminds me more than any other time about the grace of God. This period is synonymous with the birth of God’s son, and it reminds me not just of his birth but also the reason for the birth. In the early hours of this morning, I was reading a verse from the book of Colossians, second chapter, verse eight: “For it is by grace that you have been saved.”

Grace, as described by many authors, is simply unmerited favor, something you get underserved. We look around our world today, and we see this come into play in the life of the little child who survived the auto crash that killed her entire family; we see it in the heart of the drug addict who survived the overdose which sent others to the grave; we experience it in the love of a family, reunited after years of a bitter divorce; we embrace it through the forgiveness of the people we have done wrong to; and we appreciate it through the eyes of the colleague who received the promotion they didn’t expect. Grace is demonstrated every day that we live, in every possible manner around us.

The most spectacular display of grace, however, was the birth of a child whose sole mission was to die to bring salvation to humanity, not just at the time he existed but also long after he was gone. God’s love for us is so immense that he chose to give every human a second chance, even before we had committed a crime—he provided a way back through the death of his son, Jesus.

In this season, when we all celebrate the birth of Jesus and its symbolism, I can only be grateful for the grace that I now receive because of it. I’m curious though: Why would God go through all this trouble to bring salvation to man? Why would he give up his only son to ensure that we all had a second chance even before we were condemned by the sins we were yet to commit? The tenth verse of the second chapter in Colossians gives some insight: “For we are God’s handiwork created in Christ Jesus to do good works, which God prepared in advance for us to do.”

A Eureka moment right there: all this grace and mercy was shown to us simply so we could show it to others. God has prepared something for each of us to do—something good. Have you taken some time lately to ask yourself what good works you were born to do? And it doesn’t have to be some grand plan like saving the world; it could just be helping the little boy who lives down your street with some food.

In fact, most times, it’s the little things that count. Little wonder that people call Christmas the season of giving. Giving to others and doing good works for others, this is the sole reason God extended his salvation to you through the grace you received by his son dying.

So, let this be your little mantra as you enjoy this festive season; let this ring in your ears like a little bell as you make merry with your family and friends: “For we are God’s handiwork created in Christ Jesus to do good works, which God prepared in advance for us to do.”

So what good works have you done today?

Image courtesy of Witthaya Phonsawat at FreeDigitalPhotos.net
at December 02, 2014