Heroine of the Bible – Anna 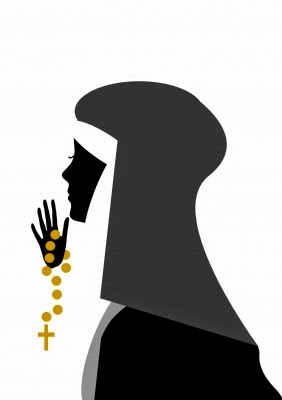 Today we look into the life of our second heroine, a woman called Anna. The Bible calls her a prophetess. When you read Anna’s story, at first you may be tempted to skim over and think, “Nothing unusual. She was a prophetess and spent a great deal of her life in the temple,” but let’s take a closer look.

36And there was one Anna, a prophetess, the daughter of Phanuel, of the tribe of Aser: she was of a great age, and had lived with a husband seven years from her virginity;


What first struck me about this heroine was that fact that she became a widow seven years after she had married her husband. I can only imagine what that’s like—losing her husband at the time when they had just settled into their lives and were beginning to really enjoy the union. And what was more painful was that she married her husband as a virgin. So she kept herself all through her growing-up years for the one man she wanted to spend the rest of her life with, and then seven years after they tie the knot, he dies. That must have been devastating; it must have really taken the wind out of her. You might think that she should have just drowned in the pit of depression and lost all hope for living, but the Bible records otherwise.

37And she was a widow of about fourscore and four years, which departed not from the temple, but served God with fasting and prayers night and day.


Wow! When Anna lost her soulmate, she turned her entire attention and life to the one that makes the soul. She spent the next eighty-four years in service to God. The Bible records that she served God by fasting and praying day and night, and she did not leave the temple. It’s one thing to fast every now and then or go to church every Sunday, but to practically live in church? That’s another matter altogether. Such dedication, such commitment to God, is so rare in today’s world.

While it may be impossible to live in church due to our other responsibilities, it’s important that we dedicate some time to serving God however we know how. Remember, her service to God was not standing in the church aisle as an usher or running the Sunday school for kids. Anna’s service to God was something simple that had profound effects—she fasted and prayed. And I believe this is something we all can do whenever, wherever we are.

It’s little wonder that, when Jesus was born and God wanted his prophets to testify to the birth of the Redeemer, God didn’t need to look far—he knew Anna would be in the temple, as she had always been for the last eighty-four years. He could count on it, and on the day Jesus was brought into the temple as a baby, Anna was there to fulfill destiny:

38And she coming in that instant gave thanks likewise unto the Lord, and spake of him to all them that looked for redemption in Jerusalem.


Anna embodies one characteristic that we should all strive to have—dependability. Can people count on you? Are you committed to your cause? How strong is your staying power when it comes to delivering on what you set out to do? When Anna was widowed, she turned herself to the service of God and stayed with it for eighty-four years! Remarkable, right? So think about Anna and ask yourself, “What have I committed to, and how much of myself am I giving into God?”

Lesson 2: Be dependable.  A gift for you - enter to win

Article Image courtesy of Africa at FreeDigitalPhotos.net
at April 07, 2015