Heroines of the Bible Series - Tabitha 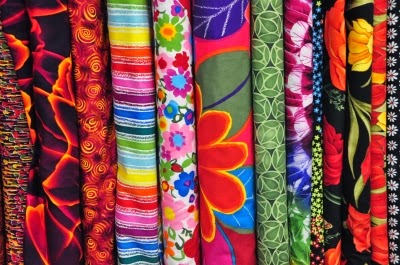 Quite an inspiring story we have here, about the life of a woman who was simply a saint. There is very little said about her personal life but a lot about how she lived. She spent her life giving and blessing people, and when she died, the mourning at her grave side was genuine. No show here, no gimmicks—just the heart-wrenching tears that comes from losing a truly rare gem. That’s how we came to hear about this great woman called Dorcas (also known as Tabitha)

36 In Joppa there was a disciple named Tabitha (in Greek her name is Dorcas); she was always doing good and helping the poor. 37 About that time she became sick and died, and her body was washed and placed in an upstairs room. 38 Lydda was near Joppa; so when the disciples heard that Peter was in Lydda, they sent two men to him and urged him, “Please come at once!”
39 Peter went with them, and when he arrived he was taken upstairs to the room. All the widows stood around him, crying and showing him the robes and other clothing that Dorcas had made while she was still with them.


I haven’t been to a lot of burial services, but the few I have attended had something in common—people talking about how great the person being buried was. Interestingly, most of these comments seemed to come from family and close friends. Which is why, when I read the story of Dorcas, I was fascinated by how the praise for her came from strangers.

It’s easy to show love and compassion to people you know—to people in your household. But what happens when a stranger reaches out to you for help?  What happens when you find a stranger in need; do you reach out with help? I’ve been asking myself these questions, too, and holding up my life against the mirror of Dorcas’ life.

It is little wonder that Peter, one of Jesus’ disciples, acts as he does when called into the burial room where Dorcas’ body lies:


40 Peter sent them all out of the room; then he got down on his knees and prayed. Turning toward the dead woman, he said, “Tabitha, get up.” She opened her eyes, and seeing Peter she sat up.

All those times that Dorcas gave of herself, and all those moments that she spent helping others, she may have thought that she was doing it all for them. In reality, however, she was sowing seeds of kindness for herself. Her act of kindness was what brought her back from death. Peter prayed for her life to be restored because she was truly a gracious person.

Here is a lesson to ponder. The next time you have an opportunity to help someone, anyone, please do. You may just be paying forward a favor, the fruits of which you’ll enjoy in the future.

Spotlight a child with amazing abilities this May, click here.
at April 28, 2015