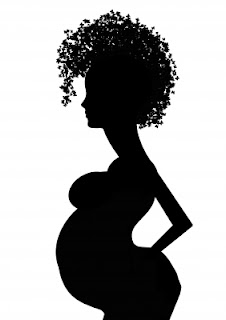 The proportion of women delaying childbirth until they are in their late thirties and early forties is on the increase. This group of women delays childbirth often for career development, economic empowerment and/or unintentional delays while searching for the ‘right’ man. Though all of these are laudable and worth the sweats, however, they can lead to age-related infertility so coined “voluntary infertility”.


Female fertility declines with age. This has been proven by epidemiologic and scientific research. The decline becomes more pronounced and accelerated in females especially in their late 30s and early 40s. Not surprisingly, this is the time most women decide to settle down after satisfying their career ambitions. Nothing wrong with being career minded or opinionated, don't get me wrong, but the fact is from late 30s there is a proven decline in the female egg reserves and quality. From research findings, the ovary contains a finite/fixed number of eggs, which decreases exponentially with age. From research studies, it is estimated that at birth the ovary contains about 2 million eggs, which declines to about 200-400 thousand at menarche (10-13 years of age); and about a thousand at age 50-51 years of age when menopause likely sets in.

Furthermore, other age related infertility symptoms and signs also set in. For example the pregnancy miscarriage rate goes up, the risk of having a chromosomal or genetically abnormal child (like Downs syndrome baby) rises. So also on the rise are the risks of medical disease like diabetes, fibroids, fallopian tubal blockages, pelvic adhesions and consequences of endometriosis.
Let’s look at the case of Mrs RO, who is 42 years old. She got married a year ago to Mr PO, a 43 year old company executive. Both couple have no children. Mrs RO is the chief executive officer of her financial institution. In her early teens, she vowed to complete her ACCA in accountancy, then she will get a job, before considering marriage and raising a family. She got all this accomplished, but it has taking some time. Now she is 42 years old, she now thought it’s time enough to raise a family. The hallmarks of age-related infertility seen more commonly in women aged 37 years and above are subfertility, high dispositions to reproductive failures/miscarriages and high rate of medical complications during pregnancy/childbirth like raised blood pressure, diabetes and increase operative deliveries for example caesarean sections. There is a strong correlation between the age of a woman and the quantity /quality of her eggs. Therefore, the older a woman becomes the lesser the number of eggs she has in reserve and the higher the number of poor quality eggs she possess in her ovary.
Infertility is defined as failure to achieve pregnancy after one year of unprotected vaginal sexual intercourse, in the absence of any known cause of is considered to be infertile it affects about 10% to 15% of couples. It is spread equally among the male and female population. Male causes of infertility can be due to low sperm count, poor sperm motility, abnormally shaped sperm, spermatic duct blockage, impotence and undescended testes. In the female predisposing factors include failure to low egg reserve, premature ovarian failure or menopause, menstrual irregularities, polycystic ovarian syndrome, blockage of the fallopian tubes, uterine fibroids, endometriosis and complications from sexual infections.

Ovarian egg reserve tests including Anti Mullerian Hormone (AMH) blood test, ultrasound scan estimation of the number of egg follicles in the ovary (antral follicular count, AFC) and ovarian volume are reported as most reliable markers of ovarian reserve. In contrast to other ovarian reserve markers like follicle stimulating hormone (FSH) and inhibin B, AMH is now agreed as the best measure of a female egg reserve. It is reported to accurately reflect the number or quantity and functional capacity of the ovary. The latter two markers (FSH and inhibin-B) are now largely regarded as poorer markers of ovarian reserve assessment and are often not reliable.
Anti-Müllerian hormone belongs to the TGF-ß superfamily. It is a homodimeric glycoprotein linked by disulphide bonds with a molecular weight of 140kDa. It is produced by the granulosa cells of the ovarian follicles.  A strong advantage supporting the use of AMH as a measure of ovarian reserve is the fact that it does not fluctuate throughout the menstrual cycle, in contrast to FSH, LH and estradiol. AMH blood level measures has no correlation with the quality of ovarian egg and therefore, not a measure of human egg quality.
With this knowledge, it is pertinent to remind the upwardly mobile and career oriented women that the optimal reproductive age is between 19 and 25 years of age. Furthermore, that there is an exponential decline in female egg quantity and quality with increasing age. Also, there are increased age-related complications of pregnancy and childbirth including miscarriages often due to genetic aberrations, operative vaginal birth and caesarean delivery, antepartum/ postpartum bleeding, raised blood pressure and gestational diabetes mellitus. Lastly and of notable importance, that artificial reproductive techniques like IVF, egg and/or embryo freezing during late teens or early twenties for use in older age, receiving donor eggs to achieve pregnancies are not the answers, guarantees or panacea  for,  and cannot compensate for the age related decline in egg reserve or quantity, quality and fertility.
Besides, infertility treatment, across the world is very expensive, and largely unaffordable to a large proportion of patients in need, especially in low-resourced areas of the world including ours. So please, as much as possible make haste while the ‘sun’ shines.
Contact the writer:
Dr Lateef Akinola MBA, PhD, MRCOG
Consultant Gynaecologist and IVF Specialist
Medison Specialist Women’s Hospital & Fertility Assyst
18b Olatunji Moore Street, Oniru, Lekki Phase I, Lekki, Lagos
Email: info@themedisonhospital.com

Blog post image courtesy of Africa at FreeDigitalPhotos.net
at November 10, 2015

Email ThisBlogThis!Share to TwitterShare to FacebookShare to Pinterest
Labels: Childbirth, Fertility, Self Help