Who is calling the shots here? 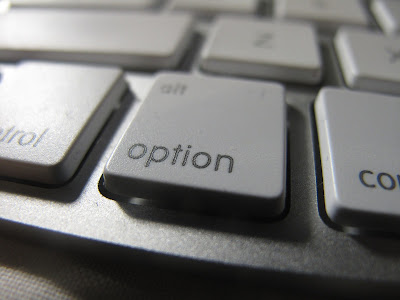 One of the Bible verses I read as a younger woman is a quote from the Book of Daniel, the fourth chapter and seventeenth verse: “…God rules in the affairs of men and gives it to whomsoever he will.”

How can God rule in this messed-up world that we live in? How can a just, fair, kind and loving God be in charge of a world with so much injustice? If you aren’t sure of how much we deal with on this earth, turn on the news and you’ll hear about so much pain, greed and devastation that it makes you wonder: Does God really rule in the affairs of men? And if he does, I can’t bear to think of what happens when he doesn’t. This is one of the most confusing concepts about living as a Christian. On one hand, you believe that God rules and is above all, while on the other hand, you struggle with seeing human actions supersede what can only be classified as the divine.

Through the years, I have come to learn that God does rule over all, and I have acquired a better understanding of how, in spite of his presence in our world, good and evil still happily co-exist.
How? Simple. Choice!

The single most powerful gift God has given to us humans is the power to make choices. So yes, the fact is that God does call the shots on the things that go on or don’t, but we still get to make a choice on how we react. We can choose to show kindness and turn away from doing wrong to another human being or we can choose to be vindictive and inflict pain on another person for something he or she did wrong to us. Ultimately, in spite of what curve ball life throws at us, we choose how we react.

I love the Bible’s story of Joseph, a classic example of making the right choices. Born to aging parents and despised by his siblings, he was thrown into a pit and left to die by his jealous brothers. Later, they had a rethink and decided to rescue him from the pit, only to sell him into slavery. Joseph didn’t allow the experience make him cruel or defeated; he made the best of the dire circumstances in which he now found himself, as a slave. He went from son to slave to prisoner and then second-in-command to the King. All the time, Joseph’s choices were positive, true and right. He always did the right thing.

In the end, his choices opened the door for God’s divine plan to be fulfilled. God used Joseph’s position as second-in-command to save an entire nation from dying in a famine. If you’d like to learn more about this story, find a Bible and start reading the book of Genesis from Chapter 37.

We sometimes think we need to own and control every aspect of our lives, but in reality we just need to listen to God’s guidance and trust his directions. In reality, God calls the shots in the lives of those he loves and those who put their trust in him. So if you went through the past year trying to work out your own salvation, paying back people for the wrong they did to you, manipulating your way up into leadership or using your connections to forge ahead and you failed, this sounds like a good time to try something different.

“Trust in the Lord with all your heart
and lean not on your own understanding;
in all your ways submit to him,
and he will make your paths straight.”
Proverbs 3:5-6

Instead of worrying, trust God. Instead of manipulating, believe in his promises. Instead of controlling, submit your plans to God, and instead of plotting revenge, allow God to make his plans come into action and succeed. You’ve spent the past 365 days trying out on your own; it’s time to align to the plan of our creator. And when our plans align with his, everything else falls into place.

Let’s try some different from a New Year’s resolution in 2019. Trust God. He rules the world.