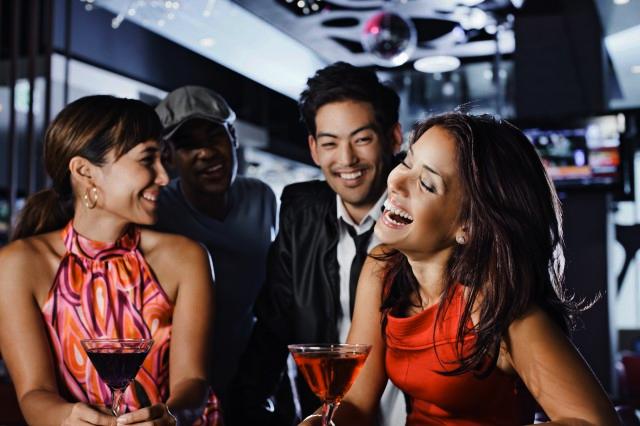 How many times have you wondered, does money really matter when you are considering who to date or even marry? Should you marry for love or pick out the guy with the huge paycheck? Honestly I’m still trying to decide.

Two young ladies are seated at the bar having drinks, just chilling on a Friday night trying to have a good time. A gentleman walks up to them. He is wearing a tailored suit and leather shoes. His beard is well trimmed and his eyes cool and confident.
“Hello Ladies” he says with a smile that commands them to respond. They do and invite him for a drink. He begins to talk about his day and the business deal he is trying to close. The ladies find him intriguing. He turns his attention to one of them and the other lady leave the pair to find another company. She runs into a guy at the corner of the room. He is wearing a pair of blue jeans and well-worn shirt. He smiles and invites her to sit. She considers and decides to hear him out.

They start a conversation on the state of the nation and she discovers he teaches Music at the community school. She begins to lose interest in the conversation thinking she should move on to a better, more promising catch.

She stands up abruptly ending their conversation, convinced he was a waste of her time. Sure he was charming but money matters. She could almost see their future together he would probably still be a teacher for many years and they would live in a rented apartment for most part of their lives. Their kids would wear regular outfits and would be another face in the crowd. She dreamt of something bigger for herself something that spelt glitz and glamour and this schoolteacher was far from it.  She returned to the bar and to find her friend deep in conversation with Mr. Right. Turning away, She spots another catch at the end of the table and walks up to him. He is an investment banker and owns a home in a prominent community. Gold mine! She declares secretly to herself and decides to pursue the conversation beyond the bar.

It’s easy to read this and say these women should have more sense that fall for a guy because of his pay check. Money can’t buy you happiness but it sure can buy a lot of things that could make you happy. Not sure if these ladies made the right choice or not but time will tell. I have seen people marry for money only to find out they need something more that money can’t buy. And I have seen people marry for love only to discover love can’t pay the bills. If I were to advice a single lady today on how to make a decision I honestly wouldn’t know which one to give. What do you think? Does money really matter?