Dead end relationship going no where, shouldn't you just end it? He's been giving you all the signs but you choose to ignore it and for what? Just so you can tell your friends you also have a boyfriend? 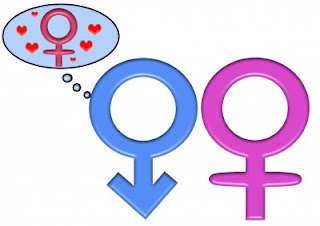 Girl, we need to talk.

Johnny-two-shoes shows up everyday after work, waiting in the parking lot of your office to drive you home. On the way home he stops to buy you dinner, sometimes you watch a movie and top it off with ice cream. Weekends are not any different. Saturday mornings he is at your door, offering to drop you off at the Salon and pick you up afterwards. He has been doing all these lovey-dovey stuffs to please you because he calls you his princess. Then one day Miss-eight-and-all shows up at his office. She's been recruited as the new intern. He tells you about her on the way home and you notice the excitement in his voice as he describes her work and how much of a help she is to everyone at the office. He remembers she has a bag that looked like one of yours. You ignore the light in his eyes and mistake them for office related excitement.

Time goes by and the discussions around Miss-eight-and-all intensifies. "She's everyone go to person", Johnny-two-shoes declares. You've just about had it with this talk but you don't voice your concerns because you don't want to sound jealous. He begins to work longer hours, more team dinners come up during the week. He didn't stop by at your house last Saturday for your usual drive - another office TGIF that you were not invited to, you assume. Finally he sends a text he wouldn't be picking you up from work today, another late night - long hours to put in at work. You decide to surprise him by showing up at the office. You would wait for him to finish his work and drive home together as usual. You get the shock you deserve, Johnny-two-shoes is not at work. "Must be some TGIF", you want to assume but it's Monday, no TGIFs on Monday. Finally a colleague says he saw him leave the office an hour ago. You call Johnny-two-shoes on his mobile, he picks up and says he is in a meeting with his boss, will call you back in a few minutes. Just before you drop you hear a female voice in the background unmistakably having a good time. That definitely doesn't sound like a meeting with his boss. You give him a benefit of doubt and turn to leave hoping to have a conversation with him later that night.

You walk out of the office building and flagged a cab, just as you were about to get in Johnny-two-shoes drives into the parking lot. You wonder if the meeting was over so soon but changed your mind when you saw who came out of the passengers seat. Johnny-two shoes smiling ear to ear as they walked hand in hand into the office building with you know who? Miss-eight-and-all! Your heart sinks as reality hits you, there was no meeting, no TGIF, just Miss-eight-and-all replacing you. Your mind begins to race, waging war against your emotions. Why would Johnny-two-shoes betray your trust? Why would he allow someone else take your place? You ask all the whys and forget to ask the most important why: why would you want to stay in this relationship? If Johnny-two-shoes can betray you while you are courting what makes you he think wouldn't do the same when and if you do get married?

Many times women find themselves in situations that are sometimes avoidable. If he disrespects his parents, why would he honor you? If he turns his back on a friend in need, why would he always provide for you? If he maltreats you before you get married, why would he not beat you blue-black after you say your vows? If you find yourself in a dead end relationship and you are just hanging in there to keep up appearances you've got to be honest with yourself and admit it. Find the courage, look that joker in the eyes and tell him "That's it, I'm out!"