Three Little Angels on the Northern Line to Edgeware 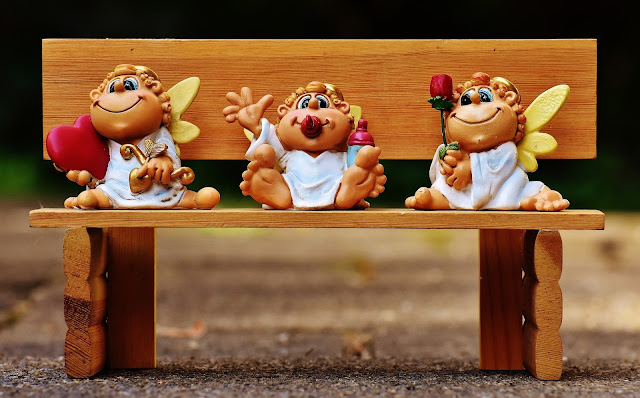 I spent a whole afternoon with my friends, we had not seen each other in a while, and it was a lovely reunion. We spoke about what we had been doing, the future, relationships, and just generally hung out.

After such a lovely day, it was time to head back home. I got on the northern line to Edgeware, with a broad smile on my face reminiscing on the day I had. Suddenly my daydream was cut short by the voices of a couple arguing; they looked like they were in their mid 50's. The wife seemed furious and yelled on top of her voice, saying she will sue her husband. Her embarrassed kids tried to calm her down to avoid a public display. Her husband had a depressed look, worry lines all over his face, and his eyes were red with fury, he was the description of unhappiness. The kids tried to separate them with tears in their daughter's eyes, pain, confusion, fear, and embarrassment; you could tell that the occurrence wasn't happening for the first time.

When the commotion was over, I took the time to study each passenger on the train. Right across me was an old lady, she looked ill, her daughter tried to make her smile and told her all kinds of stories, but her face remained the same, no emotion instead filled with inexpressible pain. On my left was an overweight teenager who barely looked up except when a couple of teenagers about her age got off at a stop. All of them in their size six outfits cracking jokes and having a good time. When they were all gone she let out a sigh and put her face back down, no smile, no hint of happiness, on my far left was a hungry-looking man, the sole of his shoes had worn out, his torn sweatshirt, and his bag had a hole in it, he looked miserable.

At this point for some reason I felt despondent, the memories of the day I had was all gone, and all I felt was pain, I wished I had a way to make everybody feel better, to take their pain away and see them smile, even if for a brief minute. There was complete silence everywhere except the sound made by the train as it blazed over the tracks. The atmosphere was a mixture of the wrong kind of emotions; sadness, fear, regret, pain, loneliness, shame.

Two stops away from my stop a woman got on the train with three little girls, they were between the age range of three to four years, the woman looked tired, but the three girls had huge smiles on their faces, "finally a breath of fresh air" I said to myself if only there were a way to share this around. Suddenly one of the little girls walked up to the overweight teenager and said with all innocence "I love your hair, it makes you look gorgeous, I wish mine were like that," she called out to the other little girls to come to see, they all loved the hair. After a few minutes their mom called them to get back to their seats, they wave goodbye to the teenage girl whose head was now up high, and her face had brightened, she had this massive smile on her face.

A few minutes later, the older woman sitting across me dropped her book. Before I could reach it, one of the little girls grabbed it and gave it to her. Just before she went back to her seat for no reason to hug the old lady, her painful emotionless face turned into a smile, showing her incomplete dentition, and even when the smile faded away, her eyes still looked happy. The little girls were on their sit and suddenly started singing the famous Barney song. 'I love you,' the couple who had been fighting earlier looked at them and smiled and then looked at each other and smiled as well.

The train stopped at the last stop before mine, and the little girls and their mom got off, on their way out they all wove to the wretched-looking man sitting close to the door, he looked shocked at first, and then he spun back, the look on his face I can never describe, but I'll try and say in one word "priceless."

In a brief moment, three little girls completely changed the atmosphere on the train. Everybody was smiling, watching them walk away with their mom through the window. The teenage girl looked more confident, and the old lady still glowed in her eyes. The couple held hands now, and their kids looked happy, while the man at the door still had his priceless look.

Often, we get carried away by the hustle and are continually living in the shadows of our shortcomings. We think we are too fat, too skinny, too slow or too fast. We forget to live, forget to feel, and bask in the feeling of pure and innocent happiness. Not the kind brought about by a specific item or person or thing, but one that comes from deep within, the feeling of pure satisfaction and content of just been you, of been where you are, or only been alive. I was reminded of that today in the strangest of ways by three little angels on the Northern Line to Edgeware.

Don't ever forget it!